To the list of projects
Flashmob #тиснилапу for Ukrainian animals
#Communication#Strategy
Background
Unfortunately, the protection of animal rights at the legislative level in Ukraine is absent right now. The Ukrainian animals charity organisation UAnimals is working globally on solving of this problem. Since 2016, they have been promoting the humanist movement at the national level. 2019 was a year of changes for Ukraine: the government was reseted which have created a favourable atmosphere for the high-quality communication with the government.
Goal
To reach out to new politicians and to protect the rights of Ukrainian animals at the legislative level.
Solution

As a symbol of the agreement and diplomacy between animals and people, we have used handshake. There is a theory, that each of us is at a distance of 6 handshakes from the Queen of England. As for us, we decided to reach out to the Ukrainian government!

In order to implement the idea, we organised a flash mob #тиснилапу. The participants publicly promised their pets to protect their rights and to go to the All-Ukrainian march for animals. We have developed a simple and understandable flash mob mechanics:
– shake the paw of your pet;
– make a video or take a photo;
– post on your social media and tag 6 friends.

The All-Ukrainian march for animals was held in all major cities of the country. The initiative was supported by Jamala, Onuka, KAZKA and Ulyana Suprun. A flash mob and a march - is only the beginning of the path to the full protection of animals of Ukraine at the legislative level. 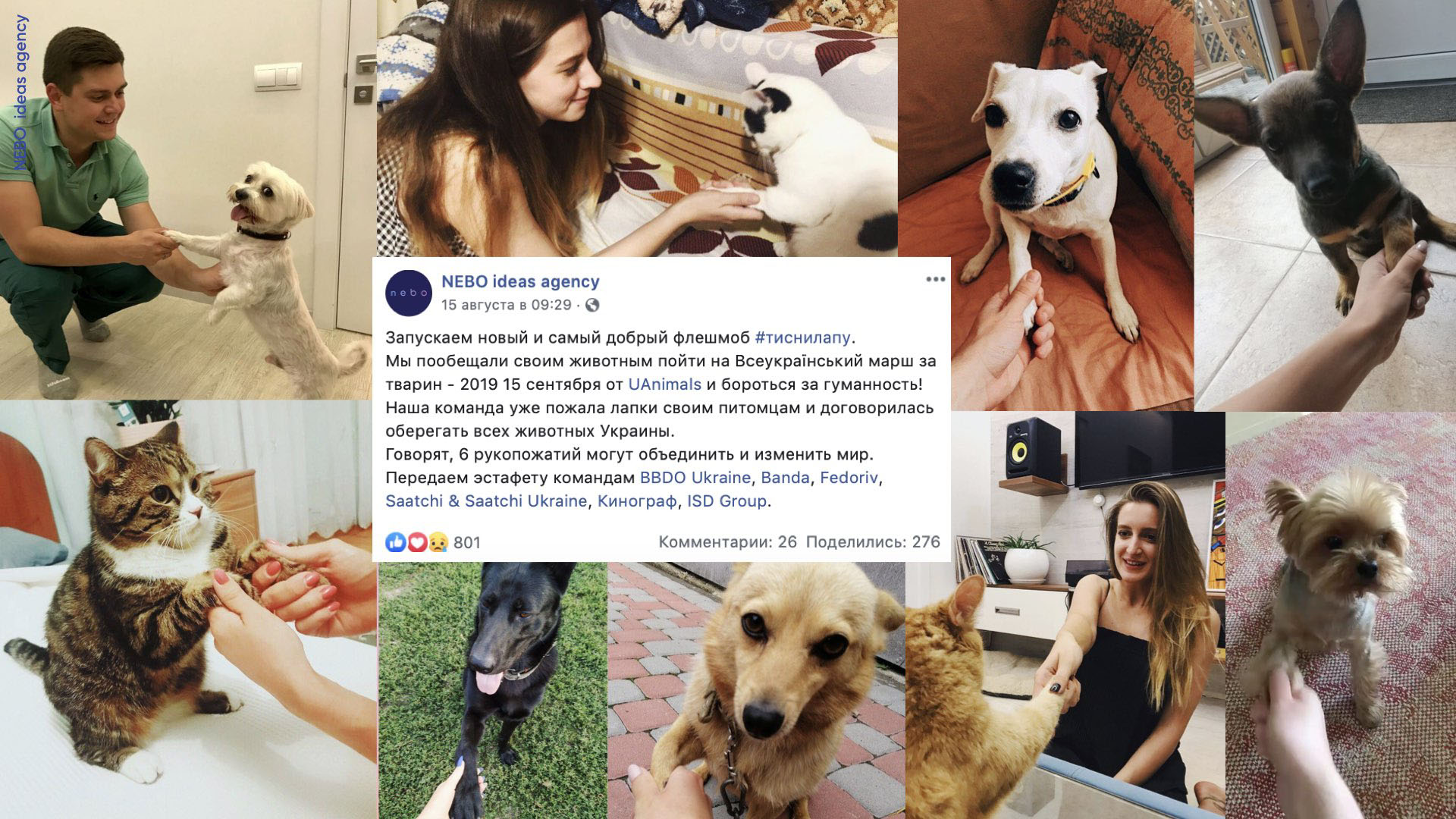 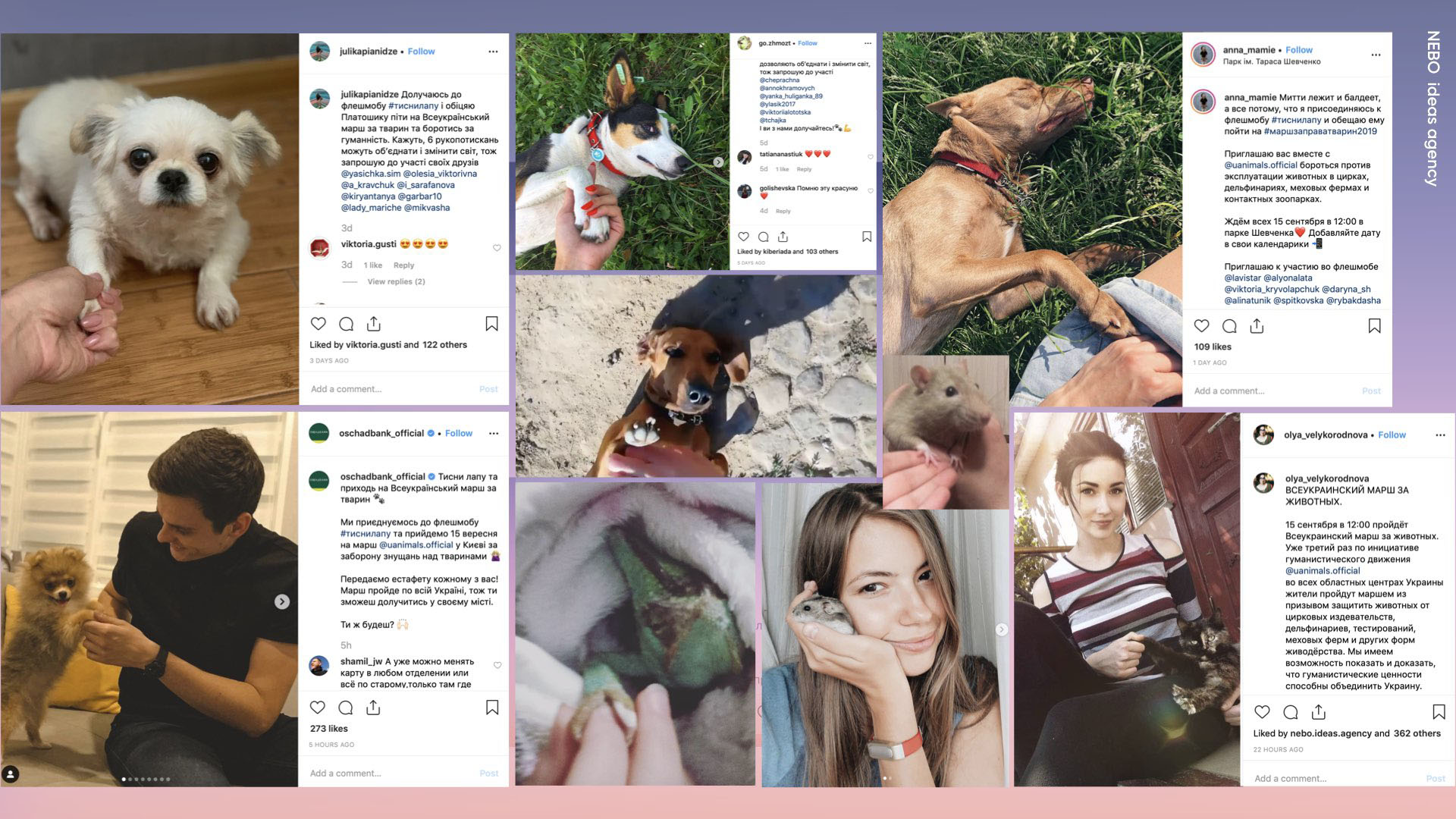 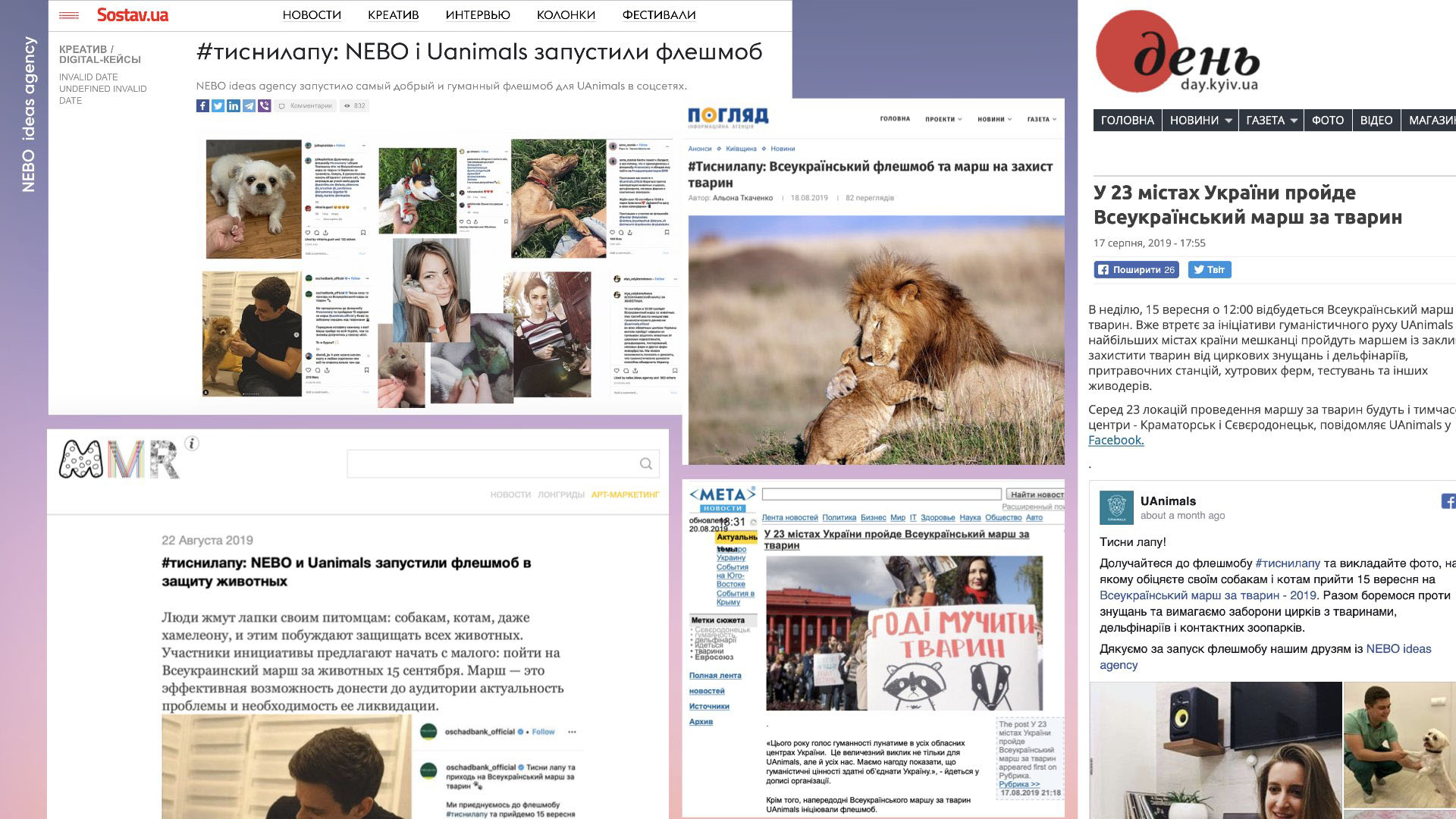 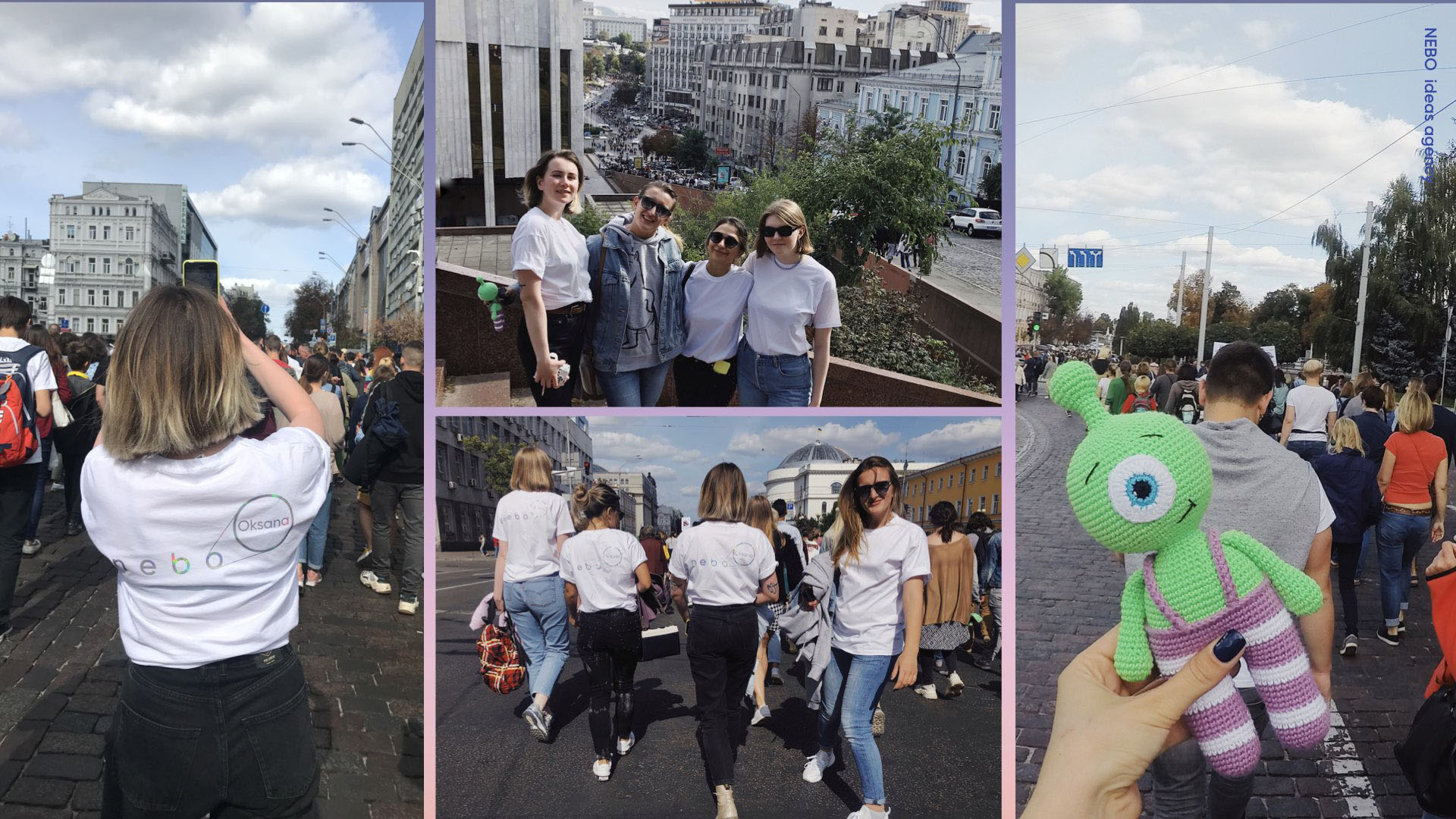