To the list of projects
Happy Paw’s lockdown gurus
#Communication#Design
Background
With the beginning of lockdown people tended to get bored and complain about sitting within four walls. The wards of the Happy Paw Foundation understood them very well having been forced to isolation in their cages for months or even years. It was difficult to raise money for the needs of shelter animals during quarantine so surviving became a real challenge for them.
Goal
Raise funds for the shelter maintenance and prove that isolation with animals is much more fun.
Solution

For people to be more willing to donate to four-legged, it was necessary to give something in return. Therefore, we decided to turn Happy Paw’s wards to Quarantine Gurus so that they began to teach people their own business.

Sport gurus along with Dasha Astafieva, DJ Nana and The Maneken ran online training sessions in Zoom and Instagram.

Book gurus read “Story told by Zhuka” with Gracia Oliyko and “I (don’t) need a dog” (a book by the young author Tais Zolotkovskaya) with Irma Vitovskaya.

Foreign language gurus helped Ukrainians master the idioms about cats and dogs and taught online lessons together with the Green Forest school. Music gurus created playlists with their own paws selecting best tracks about four-legged on Apple Music.

Nice to know that such corporation as Crafta.ua joined Quarantine Gurus for a team warm-up and made their charitable contribution. 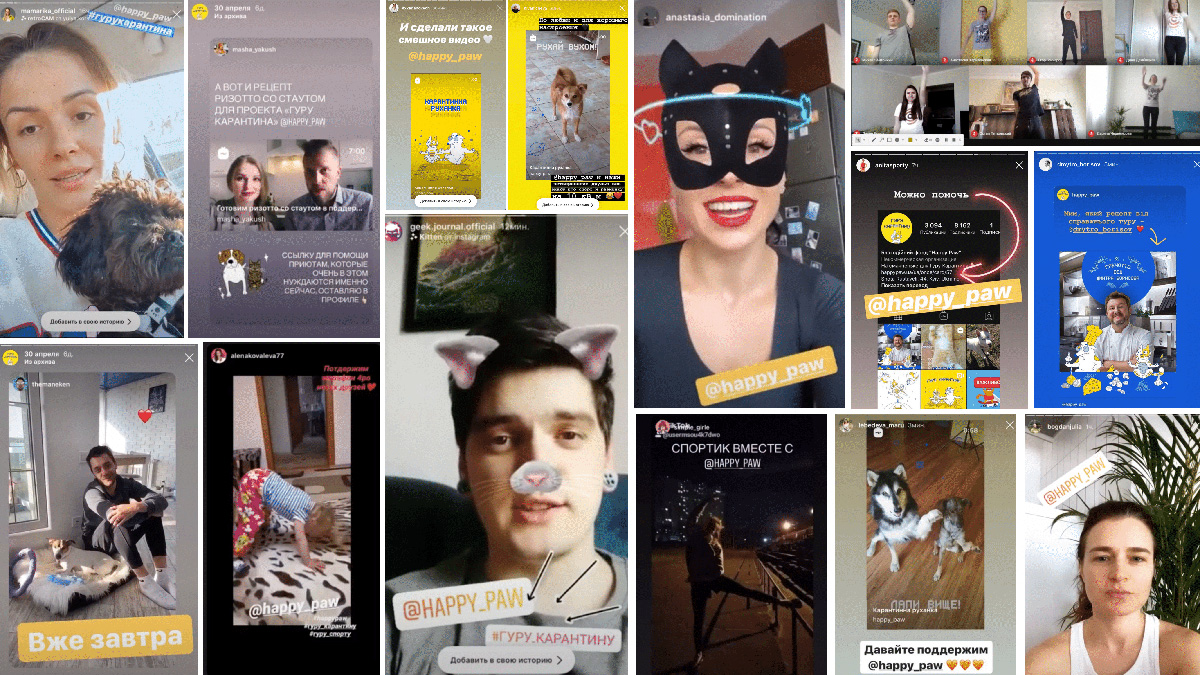 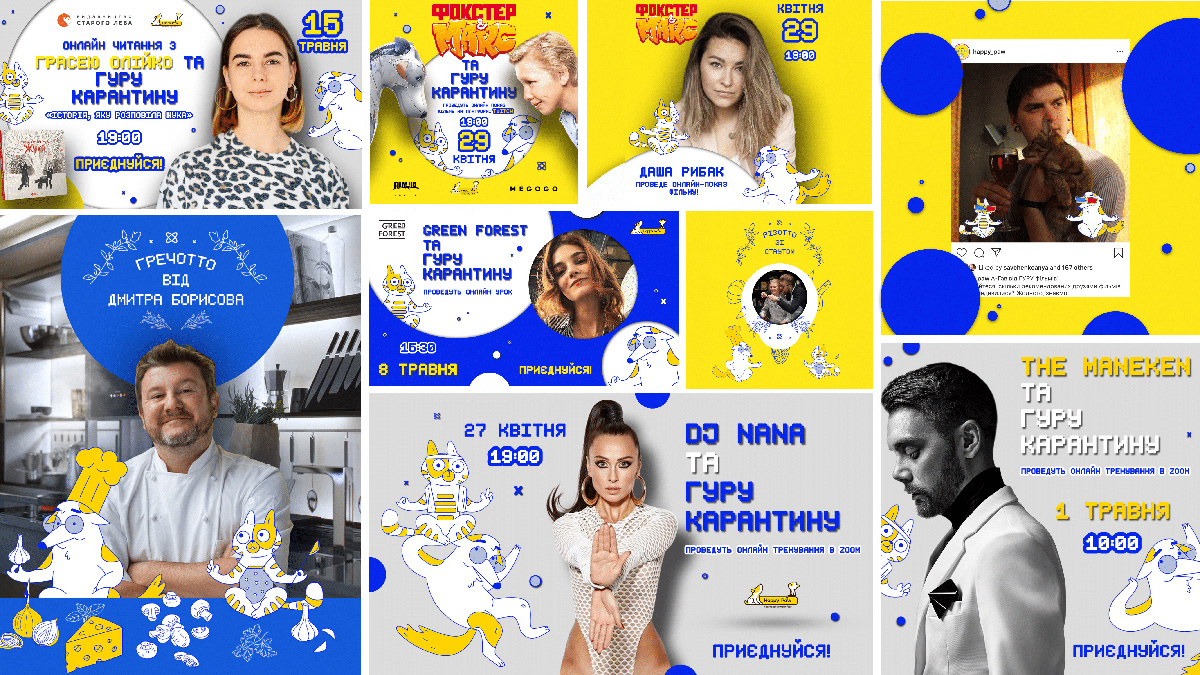