To the list of projects
The launch of aeronautics day in Ukraine
#Communication#Production
Background
Ukraine fascinates with its beauty both on earth and in the sky. In our country, the sphere of aeronautics is developing dynamically, and attracts tourists and aeronauts from the neighbouring countries. The Ukrainian Aeronautical Society, in cooperation with the company "Монгольфьер", actively promotes ballooning as a sport and entertainment. Since 2008, aeronautical festivals have been held in Ukraine. In 2019, a national flash mob and an all-Ukrainian record became a feature.
Goal
To create a national holiday in honour of the new record and to draw the attention of Ukrainians to aeronautics.
Solution

We have supported the national the Ukrainian Aeronautical Society’s flash mob, consolidating its achievements by introducing a professional holiday.

On September 15th, from 12 settlements the organisers managed to launch 31 balloons into the sky. With the help of FlyTech technology and a special coordination group, the National Register of Ukraine registered a record. We decided that this event should become a part of the history of Ukraine. September 15th is the official Day of Aeronautics of Ukraine. Even Wikipedia knows about that. Also, the chosen data has a symbolic meaning: in September 1783 was the day, when the living creatures flew for the first time (a duck, a rooster, and a sheep).

A new holiday - it's good, but we decided to make aeronautics more real to people. For the contest on social media platforms, the NEBO team have developed the Instagram mask “Flying mood”. By posting a photo or video with mask, and by tagging our agency and the aeronautical society, one of the participants is getting an opportunity to win flight on a hot air balloon. 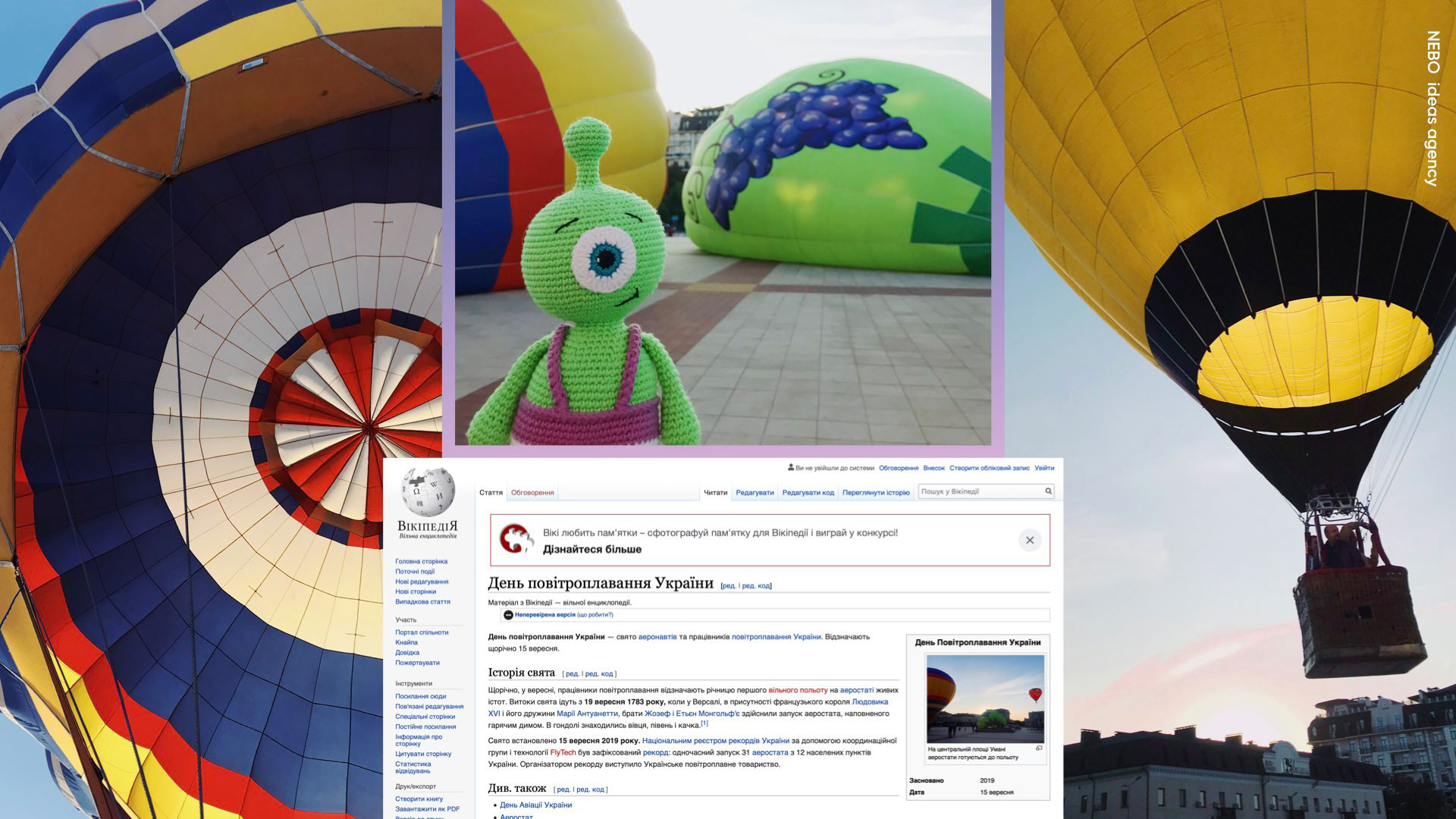 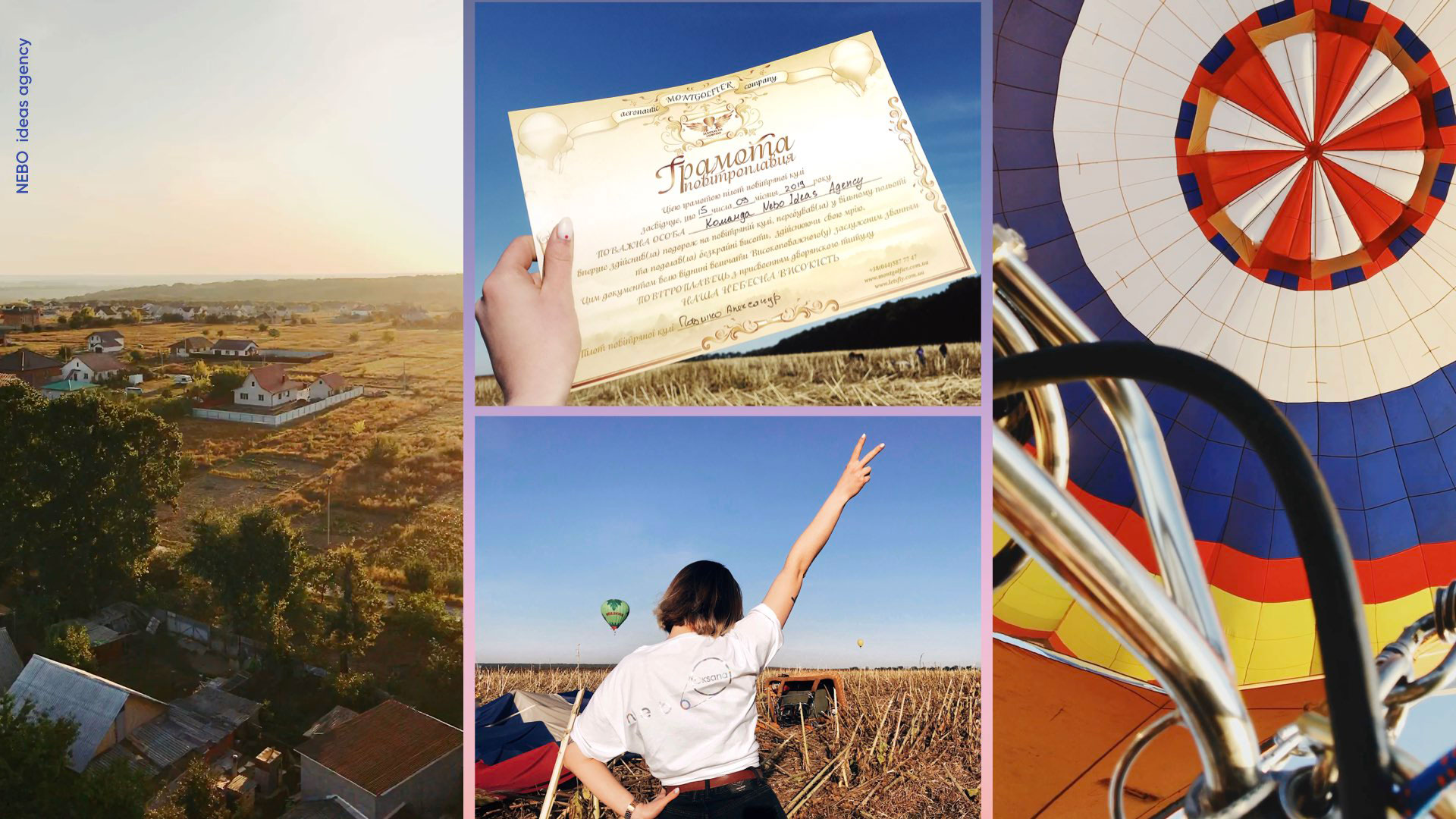 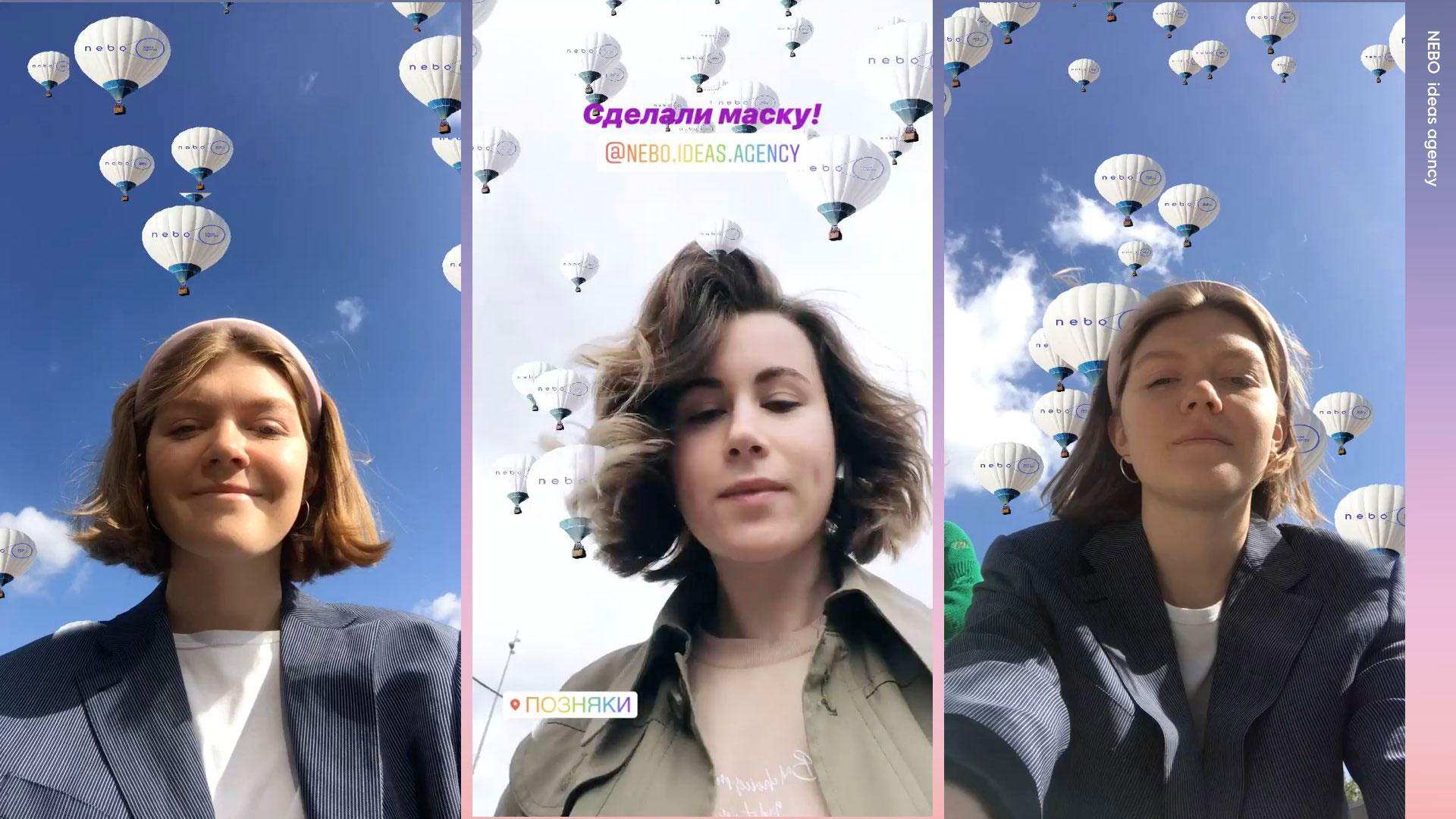