To the list of projects
Charity provocative campaign
#Communication#Design#Production#Strategy
Background
There are 16,000+ charitable organizations registered in Ukraine. They use similar communication, mostly ignored by the audience. Krayina Dobrykh Sprav Foundation helps to care and treat children under 18. The Foundation has never been advertised, and brand awareness was low. There was no big budget for media promotion, so a bold action plan was required.
Goal

1. To differentiate the brand on the market

2. To break through the indifference of the audience

3. To quickly get inflows of funds

Strategy: To turn donations to Krayina Dobrykh Sprav Foundation into a good habit. To achieve this task, we decided to offer the most convenient way for cyclic contributions and give a donor something in return, such as a sticker, a toothbrush or a badge which the donator could wear and which eventually could generate additional interest in the Foundation. The idea was to focus on regular benefactors whose annual donations are by 42% more than those of one-time donors. We also decided not to focus on large donations and preferred to develop the segment of small easy-to-give donations from a young audience who can donate UAH 100 to 200 by pressing a single button and decided to remind donors every month to do a good deed so that their daily routine does not distract them from the most important thing – saving a child.

Creative idea: To create a store of children's diseases so people could buy out diseases online in one click or offline at a popular coffee shop or store. A donor receives a monster badge in exchange of UAH 200. Although shocking, the idea shows how donations function. By helping the Foundation, one literally takes a disease away from a child, roughly speaking, buys out a child's illness, a terrible thing no one wants to possess. And if we are afraid even to imagine buying out a disease, then how has a child to live with it?

Outdoor advertising: The visual solution is bright and catchy. The monster, calling you to buy it out from a child, was placed in three cities: Kyiv, Lviv, and Kharkiv. The radio commercial told about the super offer that could hardly be found in any store or online – buying out a child’s disease. Pianoboy has contributed to the campaign with his soundtrack for free. Disease badges can be purchased through the website using the “BUY DISEASE” button. Fashionable stores and venues supported the idea and placed a stand with three disease badges near their cash desks, so their customers could choose and buy out a disease. The media shared our story and made a splash around the Foundation, and the awareness has risen. Involvement of free media and the viral effect of the campaign helped raise funds. And, most importantly, dozens of diseases have been bought out, and kids have been cured. All three tasks were achieved above the target. 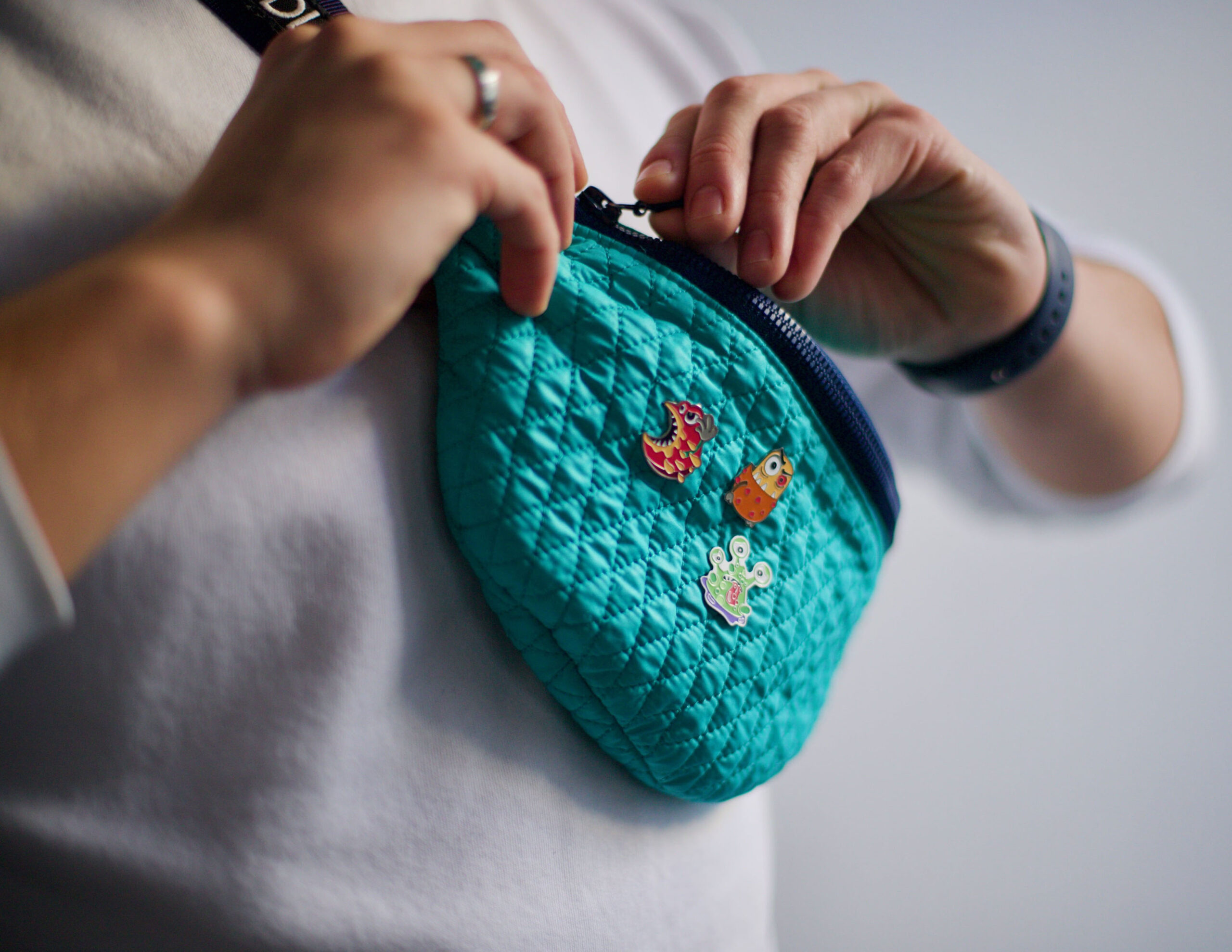 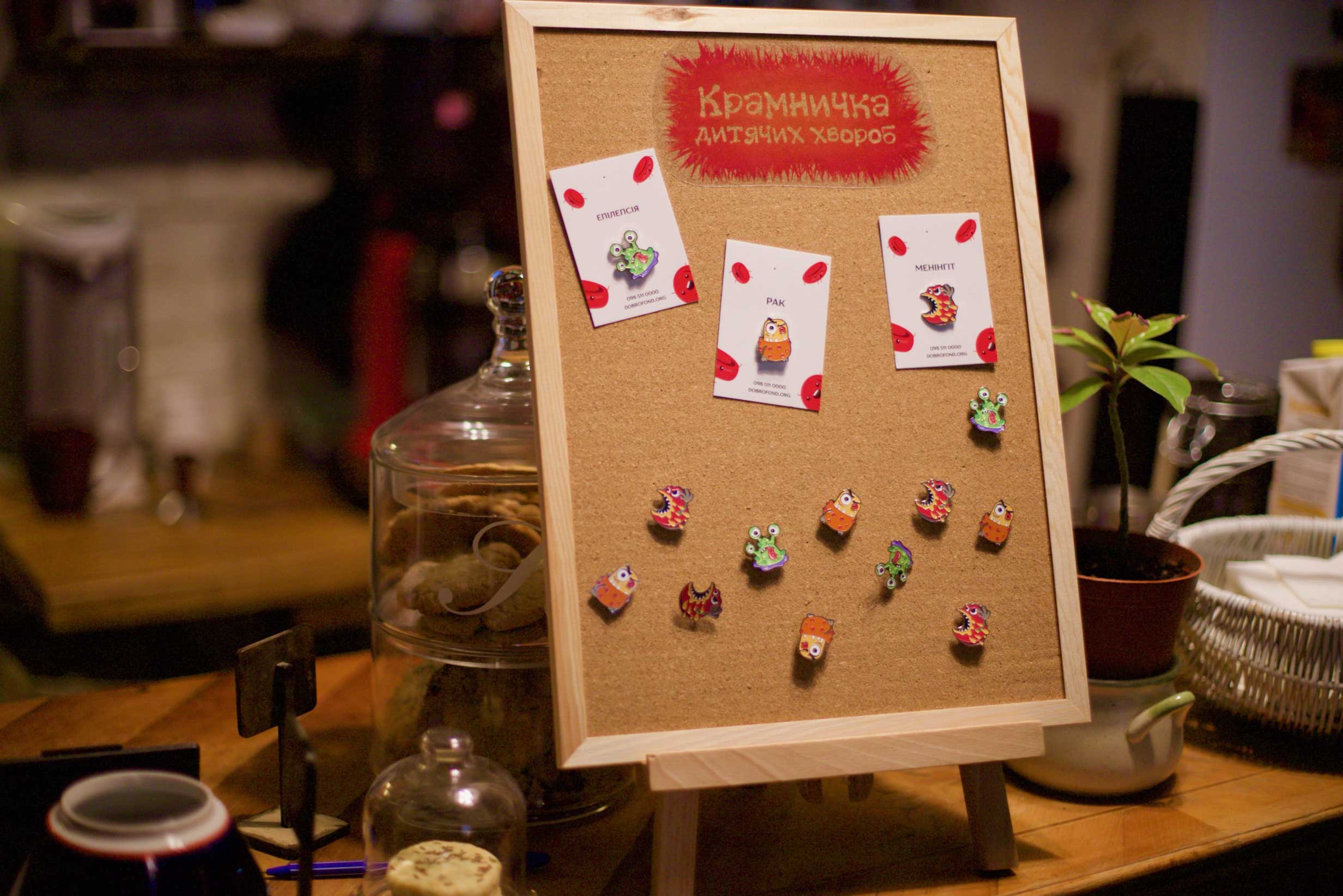 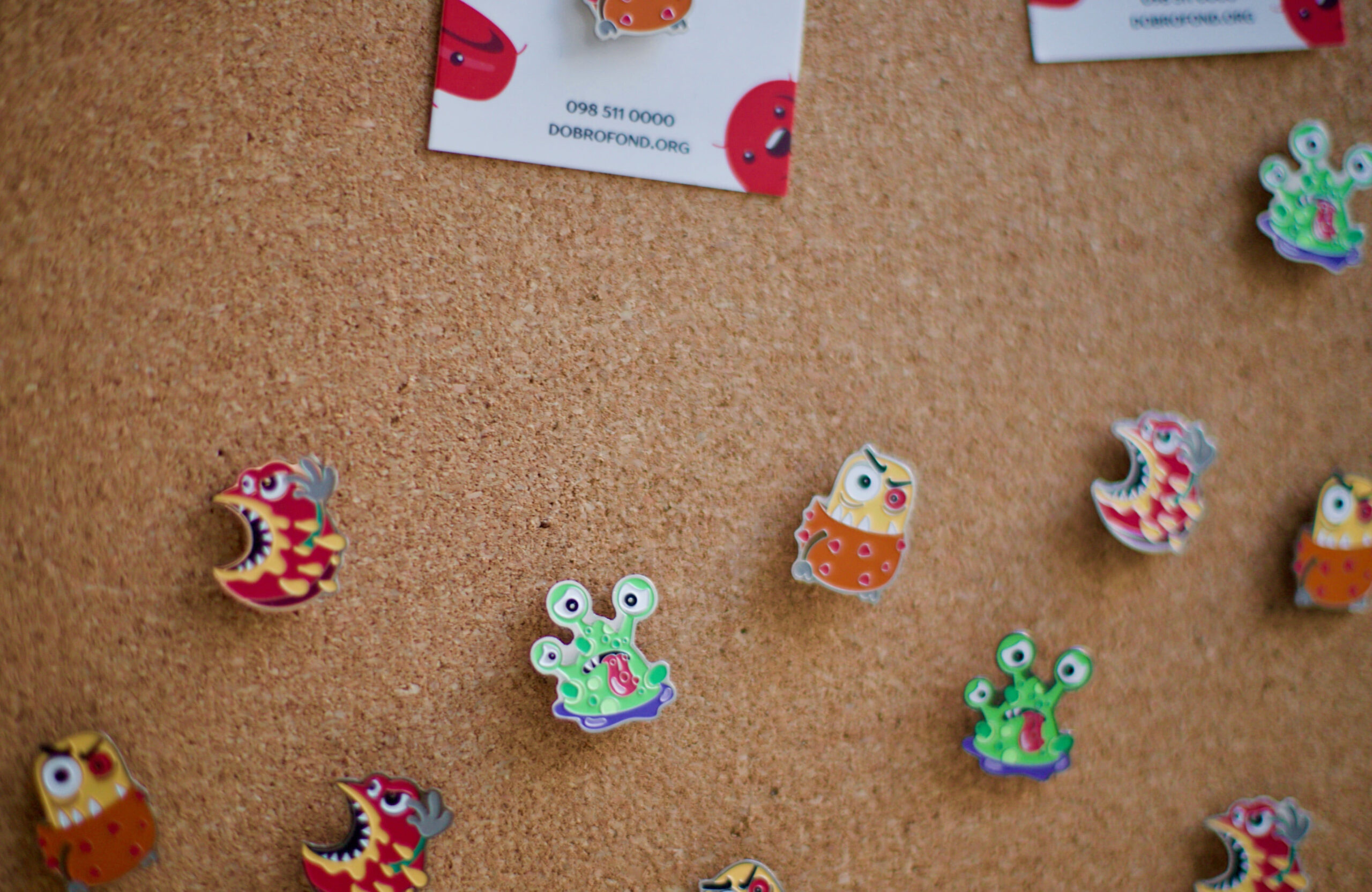 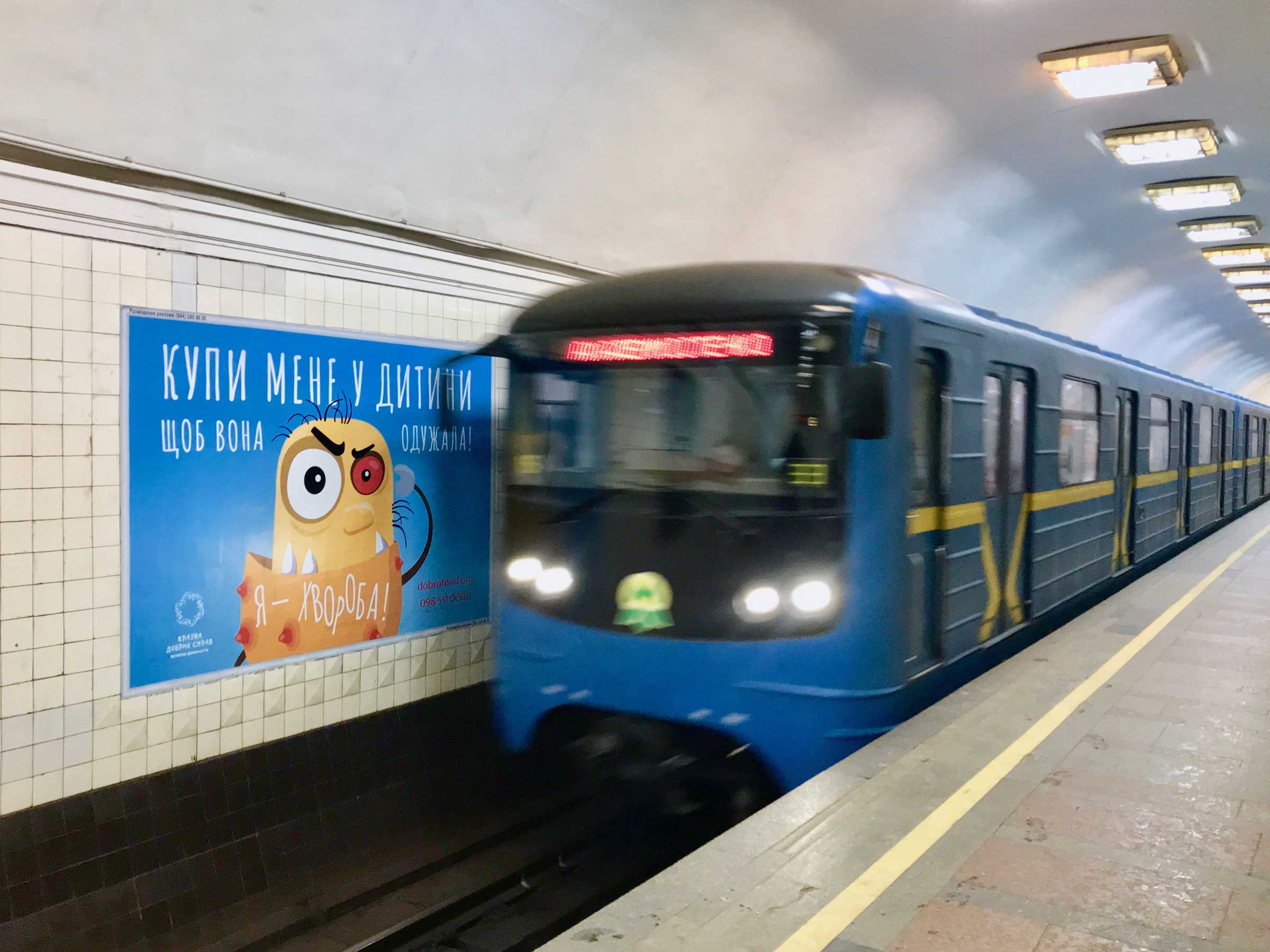 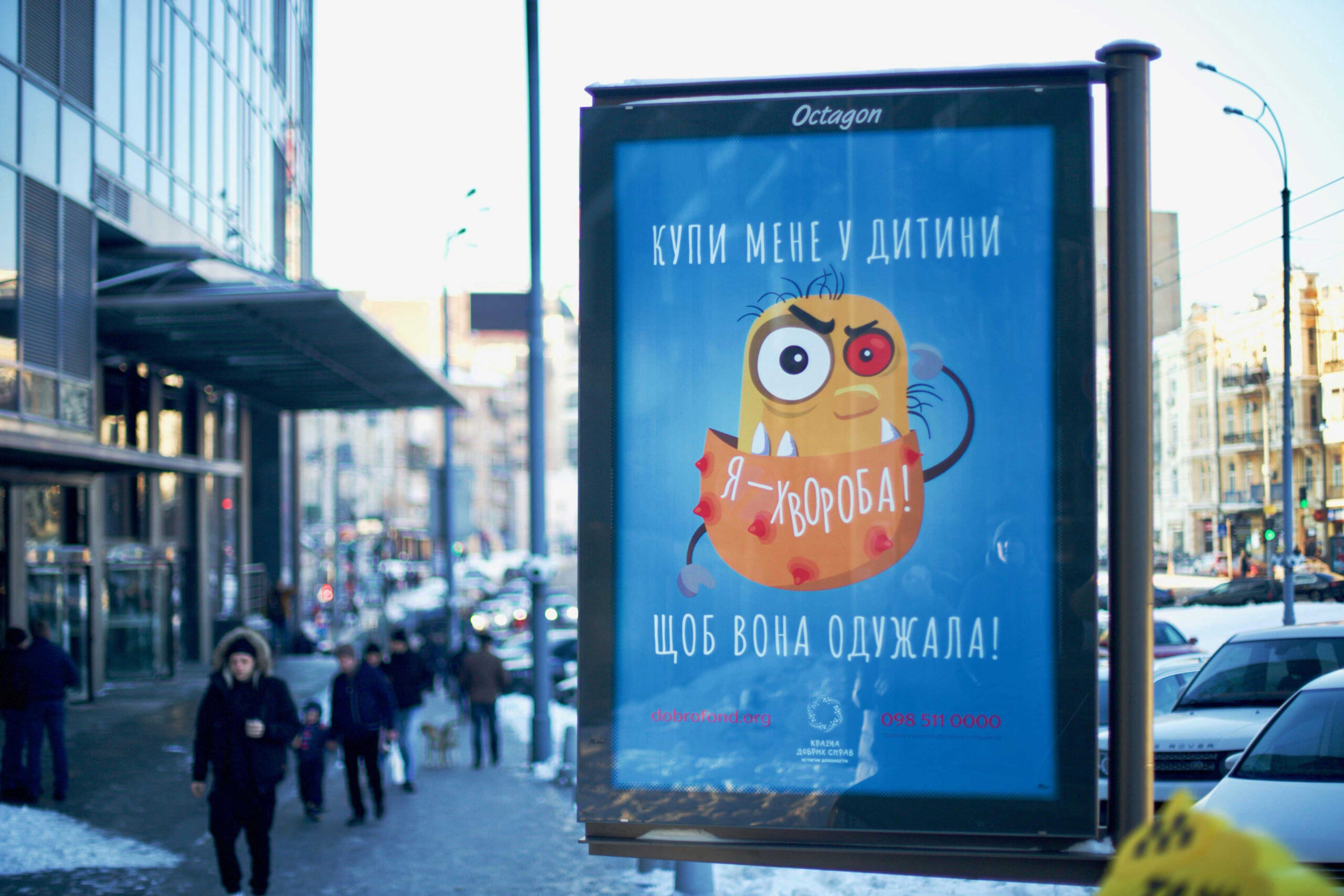